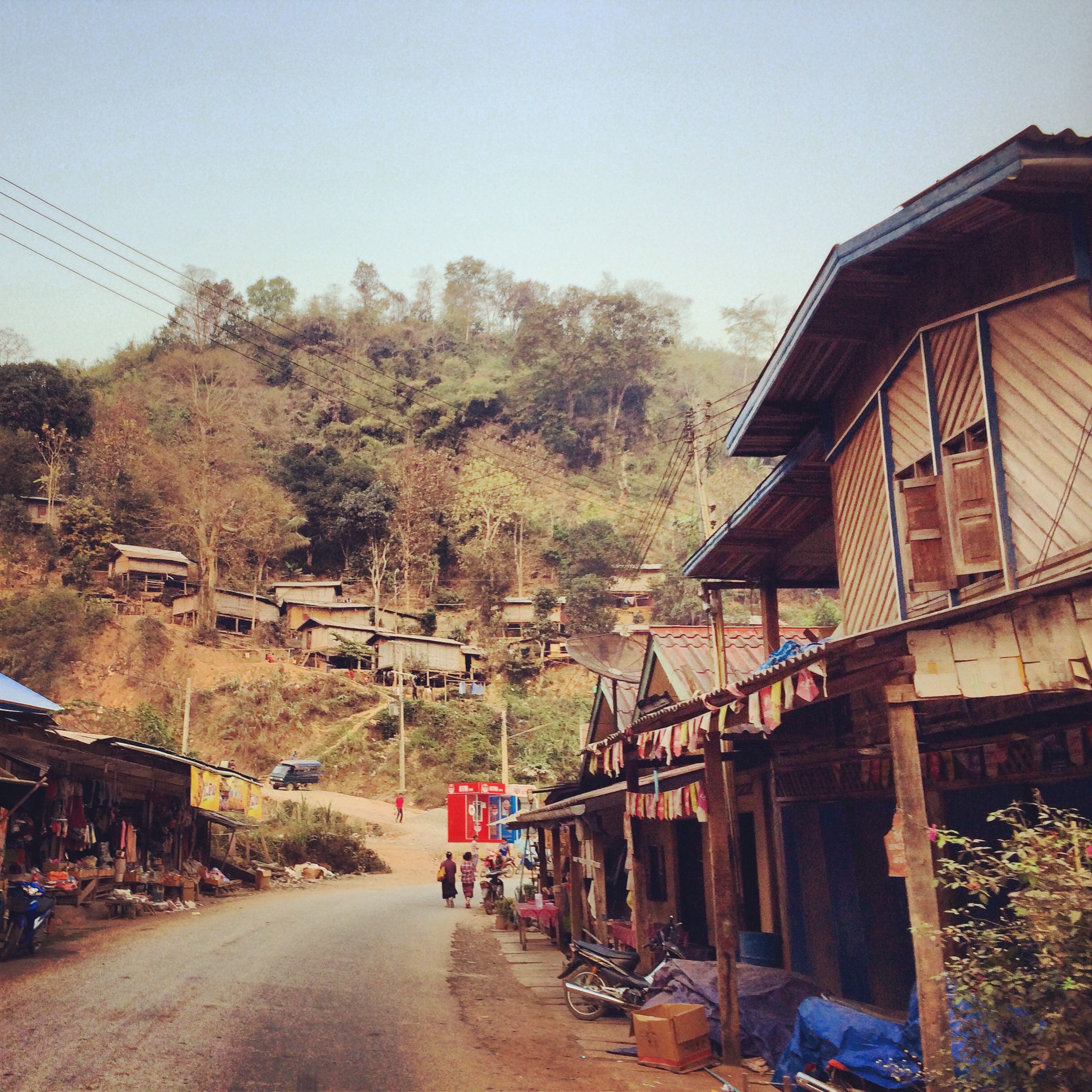 Pak Beng has evidence that it was a centre of production of the Khong Bang during ancient times. This auspicious bronze drum-like artifact has been produced locally in miniature and serves as a symbol of Pak Beng to be used as a souvenir. This is an appropriate symbol of Pak Beng which the miniatures are already produced in Ban Don Sa-at (Khamu).

Located about 30km from Pak Beng center-town, through a very steep and unsealed road climbing from an altitude of 350m to 1500m on 22km of unsealed road.  This road is actually a district road connecting to Pha-Oudom District Bokeo and on to Houei Xai.  This tea forest site is near Ban Mok -Khe and has some indigenous tea trees (Thea sinensis) within the forest.  Beside the road a tea tree with a trunk diameter  of about 35cm is easily seen.

Well know to be an illegal trade place for years, dealing with opium and marijuana that has been a part of the culture for thousands of years, Pakbeng is now a safety town, welcoming tourists every day from different area usually staying overnight and going further the morning next, missing the jewels of this district, and its untouched way of life.